Bacteria are expected to replace hard disk storage data can be stored for thousands of years ------------------------------------- -----------------------------------------
A research team at Keio University in Japan recently developed a new technology that can store data for a long time: using live bacteria instead of storage media such as disks and optical discs to store data for hundreds or even thousands of years. The June issue of the American Discovery magazine revealed the detailed process of the study.
Take the master first to "cut the knife"
If we can encode the information and implant it into the genome of the bacteria, they will be permanently preserved and copied. This may sound unbelievable, but Japanese molecular biologists at least plan to do so. They verified the feasibility of this storage method by embedding Einstein's famous equation E=mc2 and the year in which the equation was proposed, 1905, into Bacillus subtilis.
Japanese researchers say this is undoubtedly a smarter approach. Biotech companies will do everything possible to obtain the â€œcopyrightâ€ of genetically modified organisms by implanting a coded information into the genetic code of the newly created organism.
Molecular biologists at the Institute of Advanced Biosciences at Keio University in Japan chose strong Bacillus subtilis as experimental subjects. Bacillus subtilis is a harmless soil bacterium that forms spores that are resistant to ultraviolet light, dehydration, oxygen and nutrient deficiencies, and organic solvents. The research team finally selected Einstein's equation about relativity because: "It is one of the most important heritages of the 20th century." One researcher said: "But we are not the fanatics of Einstein."
Method Absolutely Advance The first step in the experiment is to convert each symbol in "E=mc21905!" into a binary code (a standard computer language consisting of two numbers 0 and 1). Next, the resulting binary code is implanted into B. subtilis' own data storage password, DNA.
The basic unit of DNA is the four major constituents of nucleotides: adenine (A), cytosine (C), guanine (G), and thymine (T-referred to as T). ), they are linked together by a glycosyl-phosphate backbone.
Using their own coding methods, the researchers obtained two sets of compatible passwords by converting the basic unit of the binary code into two nucleotides. For example, four zeros correspond to AA, 0001 corresponds to CA, and 0010 corresponds to GA and the like.
Using DNA-splicing enzymes, the Japanese research team then implanted the sequence code carrying the binary code into the plasmid, the circular double-stranded DNA mitochondria. The plasmid floats around the cytoplasm outside the main chromosome of B. subtilis. To achieve successful implantation, the researchers also implanted a gene with an antibiotic resistance code into the plasmid. After mixing these plasmids with Bacillus subtilis cells, they can more easily test whether these plasmids have successfully integrated into the chromosome.
Finally, the research team succeeded in creating a computer model to observe how much the encoded information would change over time, and this change naturally occurs naturally. They found that theoretically 99% of the encoded information could be retrieved, even if 15% of the DNA region was exchanged for the four major constituents of the nucleotides - a process that took thousands of years.
The meaning is quite significant The perfection of DNA depends on its universality: it is a universal password that can be shared by almost all living things. These researchers are more advocating an idea that intelligent organisms still have to evolve to make it possible to rediscover the coding equations they have implanted in Bacillus subtilis.
He raised the question: "If we face the threat of extinction like a dinosaur, how will we leave some information for the future? Unfortunately, the current storage methods such as floppy disks and CDs are not shared by new intelligent creatures and humans. Things, but DNA can do this. If extraterrestrial creatures are also DNA-based, the possibility of establishing connections with them is there."
The method of the Keio University research team was able to implant a large number of passwords into the DNA of bacteria. The number they are currently able to manipulate is 200,000 symbols. One researcher said: "According to my preliminary calculations, the New Testament has about 1 million English letters. That is, a bacterium can store one-fifth of the New Testament."
Laila Cary, a professor of biocomputing at the University of Western Ontario, said: "DNA has a huge information density. The data storage of 5 grams of DNA is equivalent to the latest 150-hectare IBM hard drive, which is really incredible. â€
â€”â€” Information from: Sina

Origin in Ningxia, China. This is a kind of traditional tea makers in Chinese tea culture. According to traditional Chinese medicine, chrysanthemums produce energy that targets the liver, spleen, kidneys, and lungs. Chinese medicine categorizes herbs based on energetic properties rather than the chemical ingredients. Chrysanthemum provides mildly cold energy. Chrysanthemum has been used for hundreds of years in Chinese medicine. People use it to treat respiratory problems, high blood pressure, and hyperthyroidism. Fans of the flower also say it can reduce inflammation and calm your nerves. 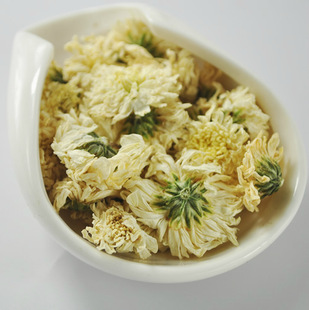